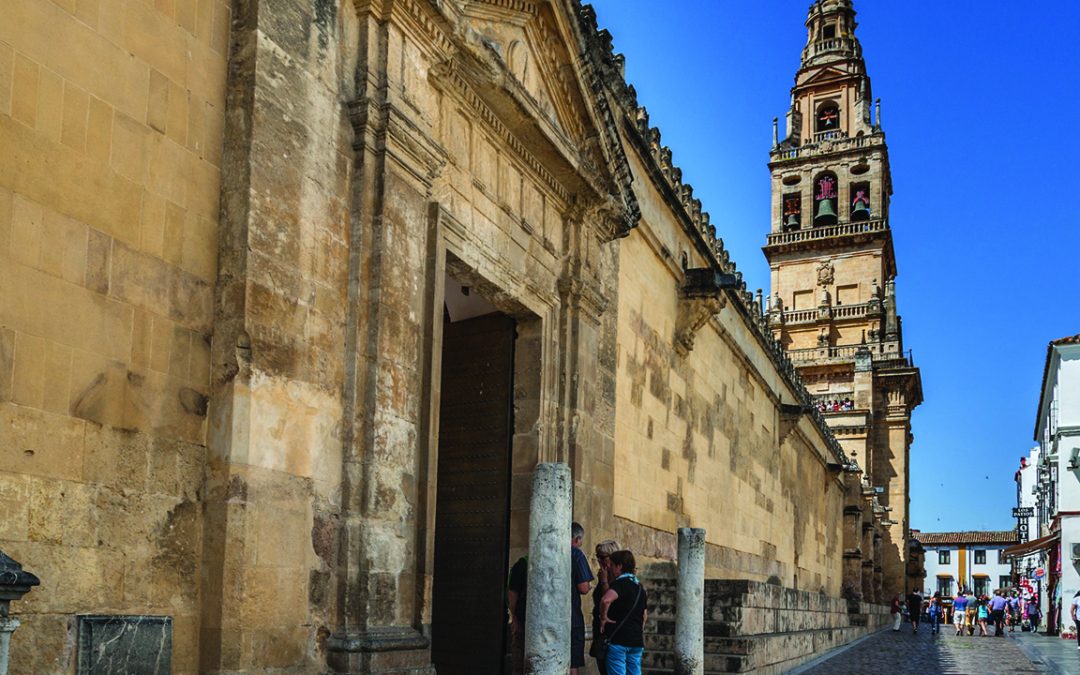 Reasons to visit the Cathedral Mosque of Cordoba.

The reasons why you should visit our Cathedral Mosque are diverse, since you can be dazzled by its great majesty and the great beauty it has when it comes to crossing its doors.

The first thing you see when entering through its doors is a impressive orange patio, where the smell of orange blossom captivates you from the depths making a comfortable environment, making you transport in time.

The mosque of Córdoba.

The mosque began to be built in the year 786, with the appropriation by the Muslim conquerors of the Hispano-Roman basilica of San Vicente Mártir and the reuse of other materials, remaining reserved for the Muslim cult. The resulting building was the object of extensions during the emirate of Cordoba and the caliphate of Córdoba. At 23,400 square meters, it was the second largest mosque in the world on the surface, behind the mecca mosque, only later reached by the Blue Mosque in Istanbul. One of its main characteristics is that its qibla wall was not oriented towards the Mecca, but 51º degrees towards the south, something usual in the al-Ándalus mosques.

In 1238, after the Christian Reconquest of the city, his congregation was held as a cathedral of the diocese, with the episcopal ordination of his first bishop, Lope de Fitero. The building houses the cabildo catedrático of the Diocese of Córdoba, and because of its character as a Catholic temple and episcopal seat, it is reserved for Catholic worship.

As you can see there are many reasons why you should visit the Cathedral Mosque of Cordoba, so you should not miss this great wonder.

You can buy tickets and get more opinions by accessing the following link:

You can also learn more about the visit to the Cathedral Mosque by accessing our website.

Do not hesitate any longer and come to visit the Cathedral Mosque of Cordoba.